Sunset over the Gippsland Lakes was beautiful… and yes, we were enjoying the view. This was our first survey trip for the 2019 Alpine and we’d had a really good day.

It was good to be back in the Kalimna. It has always seemed wrong that the pub with such a fabulous view was closed.

The Kalimna was Rally Headquarters for the 2005 and 2007 Alpine Rallies and during dinner there was a fair bit of reminiscing. Stories about the post-event presentations at the Kalimna featured… they really were very big nights. Must see if I can find that pic of Geoff Portman and Ross Runnalls in their Hawaiian shirts to go with this post.

The Kalimna was good; we’ll visit again on our next trip.

Before the trip we’d marked a conceptual route for the 2019 Alpine on a map – as you do. It looked OK, but it had been a few Alpines since we’d been on some of the roads so there was concern at their current condition.

And, those of you who were at the 2017 Alpine might recall that the weather was a tad ordinary… “the worst weather event in a gazillion years” played havoc with the event and, as a result, the roads.

At the start of the trip we’d all been wondering what we’d find. The pic tells the story…

The roads and the forests are in great shape – the best we’ve ever seen down there. The route we’d pencilled on a map was coming together and turning into something that will be better than we’d originally imagined on the kitchen table.

The weather for this trip had been great and we’d had a fun few days in the forest. It was good to be back in Lakes Entrance.

PS – Ken Cusack found it! I took the pic below at the 2005 Alpine presentation dinner – just before they locked the door behind us. 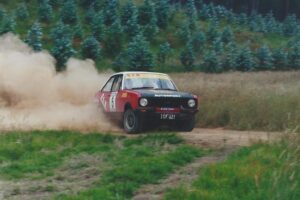 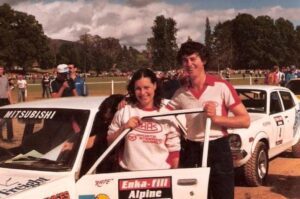 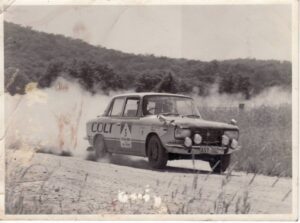