2019 Alpine Rally of East Gippsland organisers recently completed collecting feedback from officials and competitors and then, conducted a debrief session of key officials. This is something  we take very seriously as the team is committed to constantly improving the way we stage the Alpine, year on year 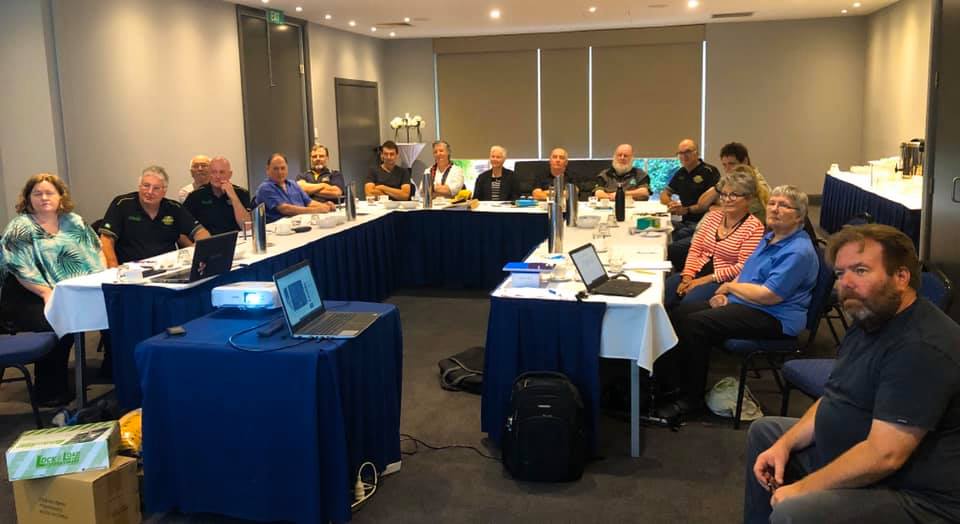 With the learnings from this process, we’re excited to start planning the 100th anniversary of the first running of the Alpine Rally.

One of the first tasks will be to set up the new organising team. I’m delighted to confirm that Steve Hollowood has signed on again for 2021 as Deputy Clerk of Course and Road Director, joining me as Clerk of Course and Event Director.  Importantly, this will give the event continuity in direction and will make the task of staging Australia’s biggest classic gravel rally just that bit easier.

I am really looking forward to getting stuck into the planning and preparation for Alpine 2021. It’s a rare privilege to be involved in organising Australia’s oldest motorsport event and potentially the most popular rally in the country.

We have many of our key officials indicating that they will back for 2021. I’m delighted to be leading a team of such highly committed and talented people – it makes the task so much easier.

The event has faced more than its fair share of challenges over the last two stagings with bushfires, floods and snow causing us to modify and shorten stages. As well, bushfires caused cancellation of the Sunday stages of the 2019 rally. However, the directing team is upbeat about the potential for the 2021 event.

Initial planning for the 100th Anniversary Alpine suggests the the event may become longer, to at least three full days and possibly three and a half days. This could increase  the competitive distance to around 500 kilometres and the event covering parts of East Gippsland we don’t normally visit.

There has also been speculation that the Alpine Rally of East Gippsland will revisit some of the iconic stages from the 1970’s and 80’s around Bright.

While this was considered, it has been discounted due to the risks around logistics, communications and suitable roads we can access.

So, for 2021 The Alpine will remain totally in the East Gippsland region. And, with a possibility of adding stages in and around the Omeo, Swifts Creek and Ensay areas.

Most of the things that people say they love about the Alpine will remain un-changed – the vehicle regulations, 2WD only, the friendly atmosphere and camaraderie amongst competitors and the “Alpine vibe”.  Lakes Entrance will again be our base and the event HQ.

The East Gippsland region has suffered greatly in the months since the 2019 event, with the devastating bushfires that swept through forests and townships alike.

The Alpine Rally organisers and the HRA committee have renewed their commitment to staging the event in East Gippsland, not just to support the region’s recovery but because it is such a great place for a car rally.

Watch our website in coming months for announcements as planning for the 2021 Alpine Rally progresses. www.alpinerally.org.au

Images courtesy of B Team Rally Media and Aaron Wishart.

Results for the 2022 Lock & Load Transport Alpine Rally of East Gippsland are now available on our Results page.  Owen Polanski  Clerk of the

The Start Order for Division 8 is available below. The first car is scheduled to start Day 4/Division 8 from the Show Works FanZone at

The Start Order for Division 6 is available below. The first car is scheduled to start Division 6 from Horsfall St Ensay at 10:00 on