Another look at Alpine Organisers’ old cars – this time it’s Roger Baker, the man who looks after our two-way radio system that is so crucial to the safe and efficient running of the event.

Roger has been heavily heavily involved in supporting our sport since the late 1970s with his communications and radio expertise. He was the person behind creating the PieNet radio network in Victoria.

For those of you who don’t know the story, Roger, on behalf of the Victorian Rally Panel sourced quite a few second hand two way radios from the 4’n’20 pie company when that organisation was upgrading. Hence the name PieNet.

Roger punting his Mini around Warwick Farm on the Mini Monte Rally
The Allamby-Baker MK1 Cortina, with Roger navigating
share
SHARE
SHARE
PRiNT
PrevPreviousPlanning for the 2021 Alpine Rally of East Gippsland is Under Way
NextBlazeAid to be the Alpine Rally 100 Community PartnerNext 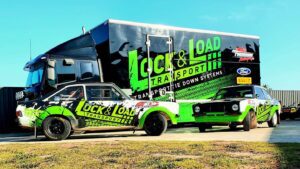 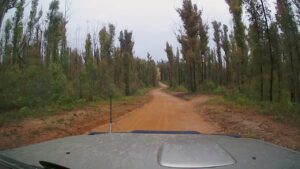 The effects of the devastating bushfires in East Gippsland last year are still being felt by many communities. In response to these traumatic events, members